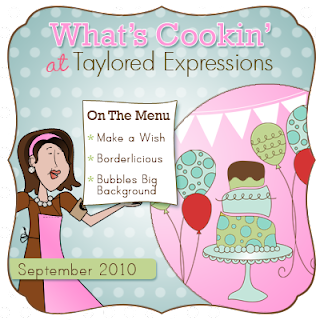 The TE Baker’s Dozen is showing sneaks all week and I always love playing along when they feature one of my sets. Today, it’s Make a Wish, which is the newest Whimsical Wishes addition and part of Taylor’s Giving Tree program. For the months of September, October and November when you purchase this set you'll be helping to support the Make a Wish Foundation. Their mission is to grant the wishes of children with high-risk, life-threatening medical conditions to enrich the human experience with hope, strength and joy.

Having a child who has been through lengthy hospital stays, too many tests to count, surgeries, medication that made him quite ill, chemo and a bone marrow transplant, I know how ‘a wish’ can provide strength and the promise of a brighter future. Planning a trip to Disney can help a child cope with the next poke, round of chemo or scan in the big donut (that would be a CT scan). Henri’s own wish is being granted this year and we’re making that special trip to Disney World in November!! Taylored Expressions will donate $7.00 to the Make a Wish Foundation.

If you’re new to Taylored Expressions stamps and the Giving Tree sets, TE charitable stamp sets are sold as a sheet of rubber and will need to be trimmed before using. This reduces the cost of manufacturing and allows Taylor to donate even more to charity. Taylor gives great tips here. 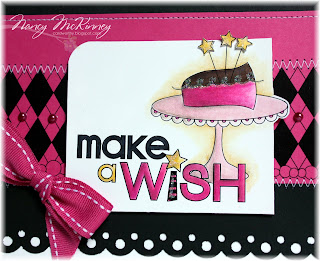 So what do I have to show you! I’ve got two cards today. I used images from both Make a Wish and Borderlicious (a coordinating set of borders that are also great on their own) for this one: 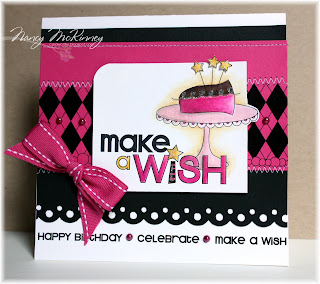 Masking is kind of my thing! I took the middle tier from the cake to serve up one fabulous slice of dazzling pink cake. Behind the main image, which I coloured in copics and prismacolors/gamsol, I’ve used the argyle, line up of fondant balls and sentiment borders from Borderlicious. If you notice that my bow is better than usual, I used my Bow Easy. I can’t believe how well it works!!

Next, I wanted to use the cake from the set for an anniversary, wedding or other special occasion other than a birthday so I used a grey, silver and blue colour scheme and topped the cake with the heart in the set. I’ve separated the sentiment, using “Wishing you a special day” on the front and “filled with happiness and everything you enjoy!” inside. I used Taylor’s tiny twinkles to highlight the cake and I have to say that embellie gellie is a very good thing! 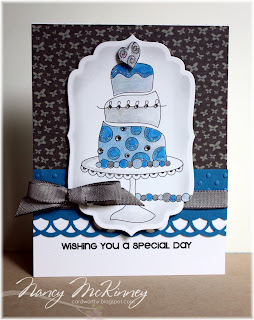 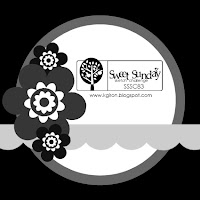 Today I’m playing along as a guest stamper for Karen’s Sweet Sunday Sketch. While we were at CHA in Chicago, some of Taylor’s design team and I enjoyed a few laughs after the show over wine and long island iced teas. There are stories to tell, but I won’t go there! Today’s sketch is the product of such an evening. I think it looks much sweeter than it did on a cocktail napkin!

I used a few of the goodies I picked up at the MFT and Papertrey booths. Coming from Canada, I took advantage of the do-it-yourself shipping and walked out of the PTI booth with 4 free CHA-exclusive sets—that gives you an idea of how much I stuffed in my bags! 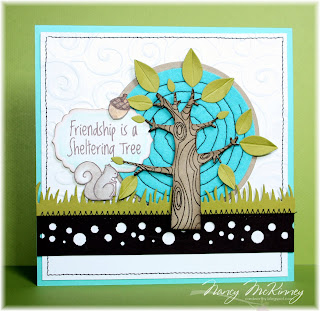 For my card, I stamped the tree image from MFT's Sheltering Tree and cut it out with the coordinating die-namics die. I also used MFT die-namics for the leaves, which I scored and folded slightly, and the grass border. I cut the circle in PTI's scrumptious Hawaiian Shores wool felt with nesties and stitched the swirl pattern. The squirrel and acorn are coloured with copics, then prismacolors with gamsol. And to help pop the sentiment, I sponged the nestie label with PTI's aqua mist ink and then with Tim Holtz Distress Ink in walnut stain after removing the nestie die.

Be sure to check out the Sweet Sunday Stampers' blogs today and see their take on the sketch...and don't forget to link your project to Karen's post. She might just spotlight you on her blog next week.

I was pleased with myself getting a card ready for yesterday's sneak peeks, but with the kids in camps this week, I was able to stamp in the afternoon too, which is unheard of--I usually start around 11pm. So I have two more cards for you today. The new sets and dies become available to purchase later today at 8am PST!! 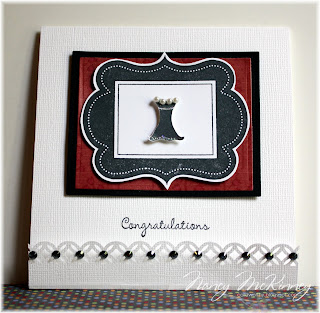 First, I had two clever TE customers tell me at the booth during Make 'n Takes at CHA that the pedestal for the bird bath in the new Tweet Hearts set could be used as a dress. You've seen it as intended as a bird bath in Carolina's adorable card, as a cool tree trunk in Charmaine's project, and today Jackie has mushrooms!!! I wanted to run with this idea and create a precious little black dress and Congratulations card. Could be for a stagette, to congratulate a friend who lost those pounds she felt she needed to, for a wedding (although I'm not sure where the groom is hiding!)...the possibilities are endless. I also wanted to show you that although the dies that coordinate with the new Take Note set are to 'DIE' for, if you have to make choices and keep them on a wish list for later, they still look good trimmed with scissors, which is exactly what I've done here. I added half pearls at the neckline and bling along the border folded at the bottom of the card. When my card was finished and photographed, I thought the label would look even better heat embossed...here's that version, which I hope shows the embossing: 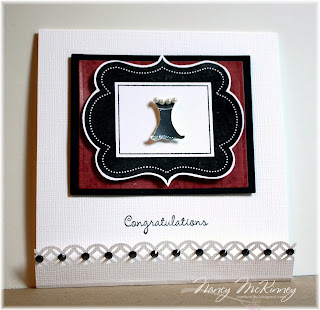 My second card turned out exactly how I imagined. I cut the bird base with legs intact and a second, separate striped body layer using my Silhouette, then stamped a wing with the large paisley print in the Tweet Hearts set. Each layer is popped up. I'm loving this Martha Stewart branch edge punch! I thought I'd leave the threads raw to tie in with the whole bird nesting theme. I'm so fond of this sentiment: you make a good day even better. So many of our friends deserve to know this, don't you think? 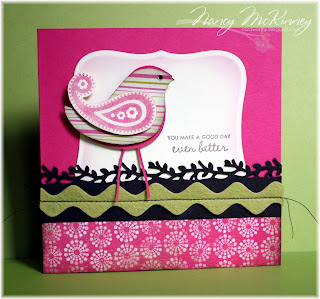 I also wanted to share three more pictures from CHA that Sankari forwarded to me. It's such a thrill to see myself with Taylor and her talented team in front of my Whimsical Wishes stamps!!! 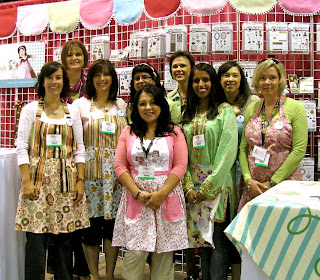 And these are of Melissa and me, roomies and fast friends (I don't mean speedy...we just feel like we've known each other forever even though we just met). 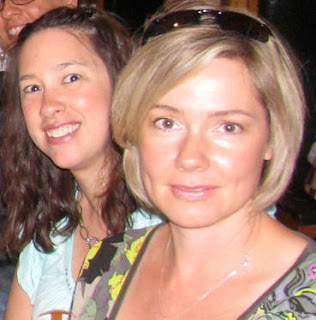 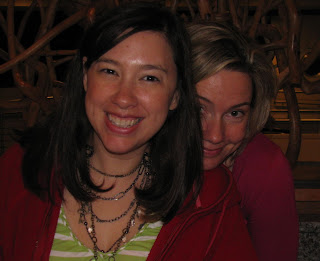 Can't wait to see what Taylor and her Baker's Dozen have cooked up with all of the goodies available at Taylored Expressions today:
Thanks for having a look!
~Nancy
Posted by Nancy 8 comments: I didn’t want another fabulous Taylored Expressions release to arrive and not play along, so here’s my card using the newest addition to the Whimsical Wishes line I illustrate—Tweet Hearts. This set is full of fun and versatility—I’ve used at least 8 of the images (each leaf, the bird, branch and whimsical nest are separate stamps) and there are still plenty more! I stamped the larger paisley print image in versamark on my PTI Hawaiian shores cardstock base and carried that delicious colour through with the coordinating saddle stitch ribbon and blossom buttons.

When I don't use a sketch, this seems to be my 'go to' square card layout. Late at night, it just happens! I had to laugh at how much the basic layout looks like Karen's birthday card. I've switched up the colour scheme, used my new stash of Basic Grey oliver paper and played with the newest Taylored Expressions stamps though!!

Thought you might want to see pictures of some of the TE girls at CHA Chicago 2010 while you're stopping by (I only had my camera with me on the first morning of the Supershow so I don't have everyone). They are exactly how they sound in their blogs...fun, cheerful and warm not to mention talented. The photos they post are terrific, but let me tell you that their cards are truly incredible in person!! 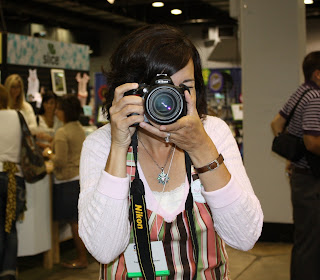 Can't wait to see what Taylor and her Baker's Dozen have cooked up with Tweet Hearts today: 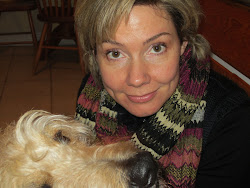 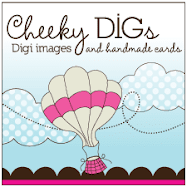